Referencing Styles : APAQuestion 1: Africa has greater claims to the genus Acacia than Australia (WORD COUNT 292) Over the most recent three decades evidence has accumulated that the genus Acacia is polyphyletic1,3,4. In 1986 it was proposed that the Acacia subgenus Phyllodineae be changed to Racosperma1,3,4 based on the principle of priority of publication, which has been fundamental in botanical taxonomy since 18674. However, this proved unpopular and in 2003 a counter proposition was submitted2,3. This advocated that the Acacia type specimen A. nilotica be abandoned in favour of A. penninerus1,2,3,4. Subsequently, in 2005 the International Botanical Congress approved this change2,4, and in spite of opposition this decision was maintained at the 2011 meeting2,4. The decision resulted in approximately 230 African acacias being reclassified into the genera Senegalia and Vachellia1, while the 1012 species of Australian Acacia kept their genus5. At the heart of the African case for retention of the archetypal acacian type specimen was that its removal did not follow the principles set out within the International Code of Botanical Nomenclature for priority of publication4. It is usual when genera are split for the type specimen to be retained with the first described species (in this case A. nilotica described in 1754) 2,4. However, this reasoning was rejected and a special case was made for replacing the type specimen to A. penninerus in the hope of achieving ‘nomenclatural stability’1,2,4 on the basis that if the Racosperma division was ratified then more (primarily Australian) species would be renamed3,4. Additional sentimental and economic arguments were put forward on both sides2,3,4, but as they go beyond taxonomic arguments they won’t be elaborated here. In conclusion, Africa has a greater claim to the genus Acacia because the type specimen was originally African, and any reshuffling of taxonomy should have recognised this priority of publication, irrespective of the number of species affected

Ans:You can contact with our chat expert in order to get your answer

ORDER Your Assignment Now
Our Services have been rated 4.9/5 by users from all over the world!
Check Our Positive Reviews form USA, UK, Australia, Canada, UAE and other countries!
+15184606522
info@dreamassignment.com
www.dreamassignment.com 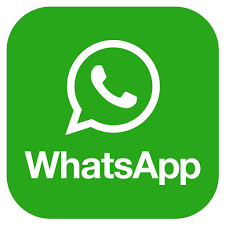